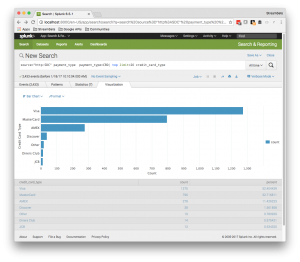 UPDATE – Data Collector’s HTTP Client destination can send a single request per batch of records, providing an easier way to send data to Splunk than the Jython script evaluator. See the blog post, Efficient Splunk Ingest for Cybersecurity for an example.

Splunk indexes and correlates log and machine data, providing a rich set of search, analysis and visualization capabilities. In this blog post, I’ll explain how to efficiently send high volumes of data to Splunk’s HTTP Event Collector via the StreamSets Data Collector Jython Evaluator. I’ll present a Jython script with which you’ll be able to build pipelines to read records from just about anywhere and send them to Splunk for indexing, analysis and visualization.

The Splunk HTTP Event Collector (HEC) allows you to send data directly into Splunk Enterprise or Splunk Cloud over HTTP or HTTPS. To use HEC you must enable its endpoint (it is not enabled by default) and generate an HEC token. Applications can use the HEC token to POST event data to the HEC endpoint. Events are indexed on receipt and may be accessed via the Splunk browser interface.

Follow the Splunk documentation to enable HEC (if you are a managed Splunk Cloud customer, you must file a request ticket with Splunk Support) and generate a token. Save the token in the SDC resources directory:

Note the use of the -n option to omit the trailing newline character.

We’ll use SDC’s Jython Evaluator to send a single API request to Splunk for each batch of records. I’m going to use the pipeline from the SDC taxi transactions tutorial as an example, but you can adapt the same script for use in just about any pipeline.

Add a Jython Evaluator to your pipeline, copy the Jython script for Splunk from here, and paste it into the evaluator. I’ve attached a ‘Trash’ stage to the evaluator’s output, since I don’t need the records once they’re in Splunk. 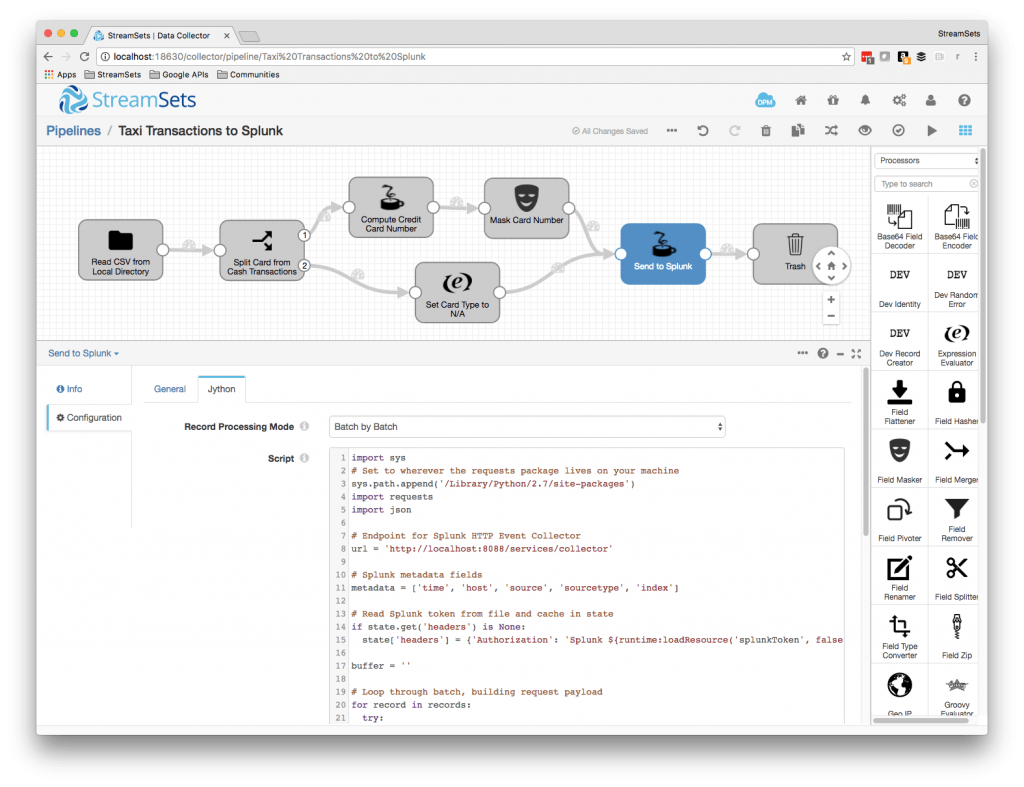 Running the pipeline writes the 5000+ taxi transaction records to Splunk in just a few seconds; we can then query Splunk for the top credit card types for transactions with payment type of ‘CRD’: 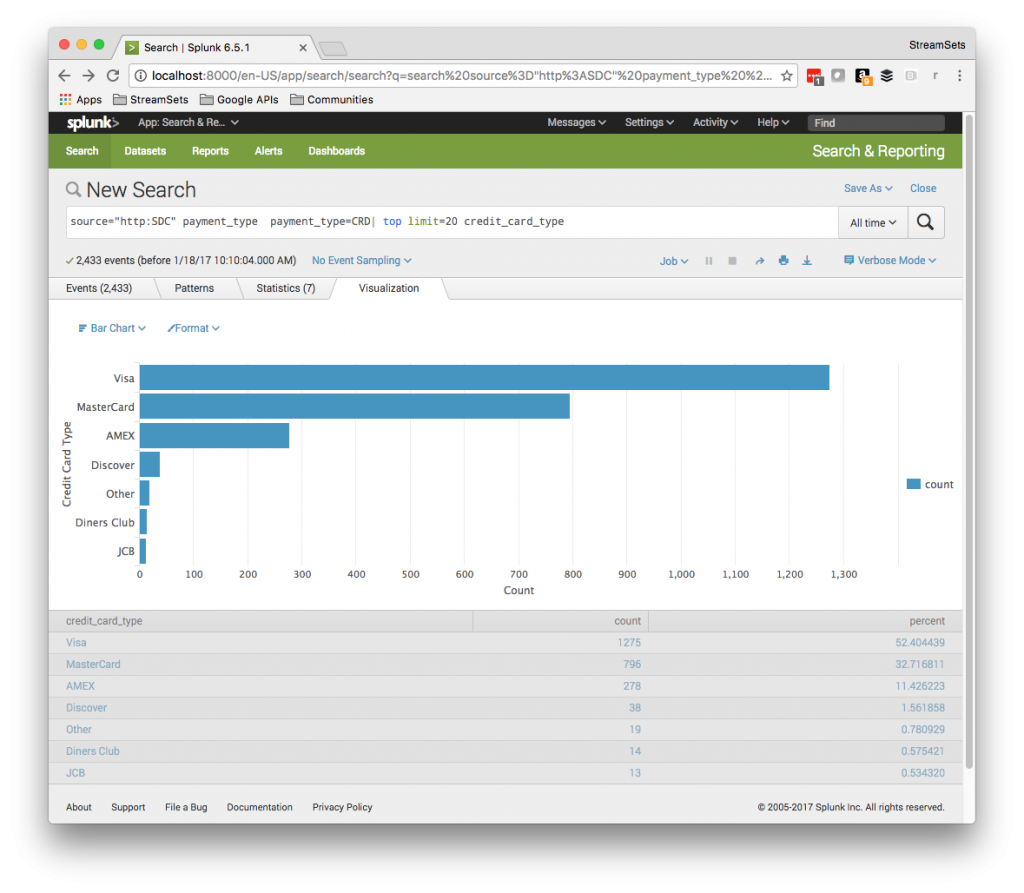 We’ll be using the Requests library to access Splunk, so we add its location to the system module search path, and import it:

You will need to configure the appropriate endpoint for HEC. For simplicity, I’m using HTTP, but you can also configure HTTPS:

Including credentials such as usernames and passwords in source code is a BAD THING, so we read the Splunk token from its resource file. We don’t want to do this for every batch, so we save it in the state object:

Now we initialize a buffer string, and loop through the records in the batch:

For each record, we build a payload dictionary containing the metadata keys, such as host and time, that Splunk recognizes. Any fields in the record with matching keys will be copied to the top level of the payload.

The remainder of the fields are added to an event dictionary within the payload. Note that the entire content of the record is used ‘as-is’. If you want to rename or exclude fields you can do so via processors such as the Field Renamer and Field Remover, or manipulate them in the script as required.

Now the JSON representation of the payload is added to the buffer:

We write the record to the processor’s output, so we could send it to a destination if we chose to do so:

If there is data in the buffer, we send it to Splunk, and decode the JSON response:

We need to check that Splunk correctly received the data, and raise an exception if it did not. This ensures that, in the event of an error, the pipeline will be stopped and the data can be reprocessed once the error is rectified:

Finally, we log the status message we received from Splunk: