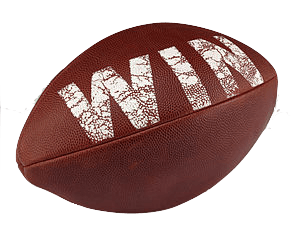 Happy New Year! Our first blog entry of 2018 is a guest post from Josh Janzen, a data scientist based in Minnesota. Josh wanted to ingest tweets referencing NFL games into Spark, then run some analysis to look for a correlation between Twitter activity and game winners. Josh originally posted this entry on his personal blog, and kindly allowed us to repost it here. Over to you, Josh:

Tis the season of NFL football, and one way to capture excitement is Twitter data. I’ve tickered around with Twitter’s Developer API before, but this time I wanted to use a streaming product I’ve heard good things about: StreamSets Data Collector.

After I received the Tweets’ semi-raw data, I wanted to analyze the Tweet data using Spark. I chose Spark as the distributed nature of the RDD is great for using large amounts of data (and I’m not sure on how much I’ll be getting).

My idea was to do a count of tweets for a particular team/game and see if the volume of Tweets would predict whether that team actually wins or losses the game. 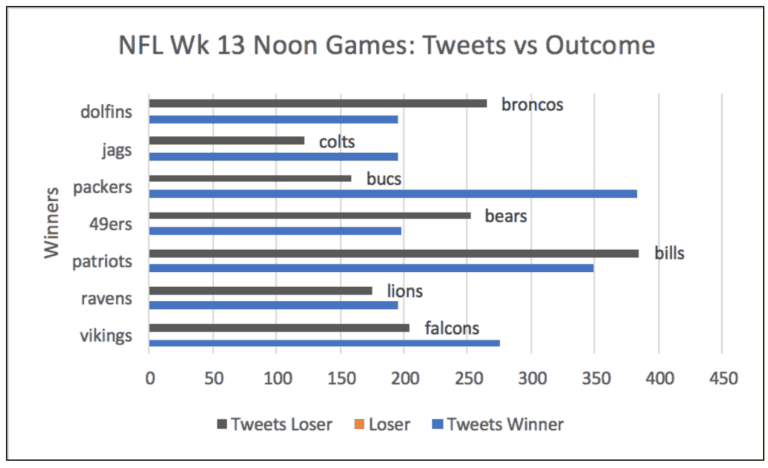 I have done a little work with the Twitter Developer API in the past, which I had used from Python to parse the tweets as they arrived. I found this process very simple, but I was a little apprehensive bringing StreamSets into the mix. However, having the knowledge of a scalable ETL and streaming program like StreamSets is good idea.

To use StreamSets, I did some google searches on “streaming twitter StreamSets”. I found a very well put together tutorial. It looked promising, so I felt confident enough to download the StreamSets application on my Mac and install it. I was a 145mb zip download, extracted as a Java project.

After starting via the terminal, I was able to connect to it via localhost through my web browser, which I appreciate.

To connect to Twitter API via the StreamSets HTTP Client origin, I had to define Resource URL. Instead of getting all the tweets available, I decided to filter only tweets with “nfl” located in the tweet or hash tag. Also note, the Twitter API is a randomly sampled real-time subset of Tweets. All other filtering and counting I was planning on doing in Spark later, but I’m sure some more of that ETL could have also been done in StreamSets.

As for the credentials to connect to Twitter, I had to enter four values: Consumer Key, Consumer Secret, Token, Token Secret. At this point as a test using the StreamSets UI, I connected the HTTP Client to save in Local FileSystem, then ran the pipeline.

I reviewed a few lines of raw Tweet output in a text editor and online JSON viewer. I decided I didn’t need all the JSON fields, so I added a Field Remover processor to my pipeline between the HTTP Client and saving to the Local FileSystem. The fields I decided to keep (I went with more rather than less as I didn’t know exactly what I’d need in Spark): create date/time, userId, Tweet text, username, user location, user timezone, hashtags, retweet status, retweet count, location. After running, it looked good!

As I was in NFL week 13 (Thursday 11/30 – Sunday 12/03), I decided to run the Pipeline on the Thursday game as a test. I noticed plenty of data (around 5k tweets) relating to the NFL for those three hours of 7pm to 10pm. I thought this was a good proxy for plenty of data to capture for Sunday – when was my intended data to go after for analysis of the project. 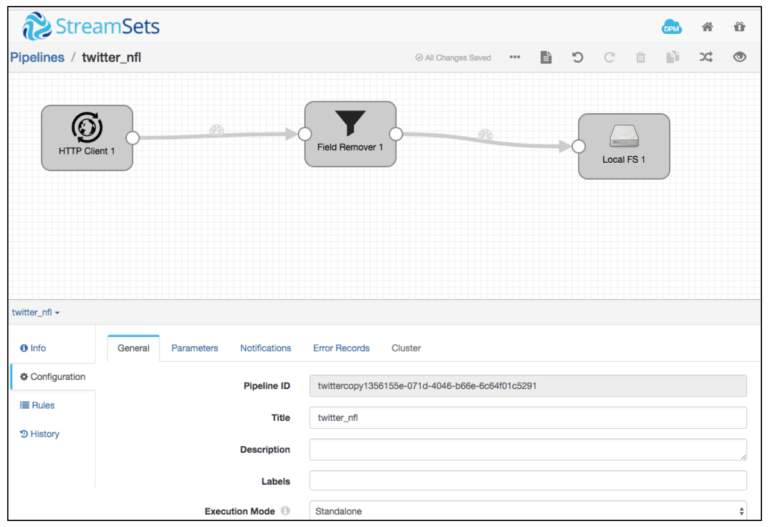 On Sunday, 12/3, I started the Pipeline at 11:59am and ran it until about 7:15pm that day. By running during that time, it would allow me have the option of analysis on both the noon and 3pm games.

After I stopped the Pipeline I had 9 folders of data (one folder for each hour, which was the default setting in the StreamSets local file system destination – the first hour was only one min, and the last folder representing 7pm was also very few). The size of all the Sunday tweets was about 52mb.

Before diving into Spark, I wanted to get an idea on the amount of tweets in my data for data validation purposes. Using the terminal, I did a wc -l filename for the 12pm and 3pm hours. The total lines were 3,145 and 4,110. Since I have about 7 full hours, I would expect my data in Spark to have about 20k – 25k Tweets.

I had the data in my local drive on the Cluster, so now I copied that data to HDFS for Spark to access. After starting the Spark-shell, I went to read in the data using the HDFS path + /*. However, after doing a count on the Tweets, it seemed very low. It turns out I needed an additional /* added to access all the subdirectories. I did a count on the RDD, and came out to 20,202, which validated to the linux command I ran on my local in which I estimated 20k – 25k Tweets. 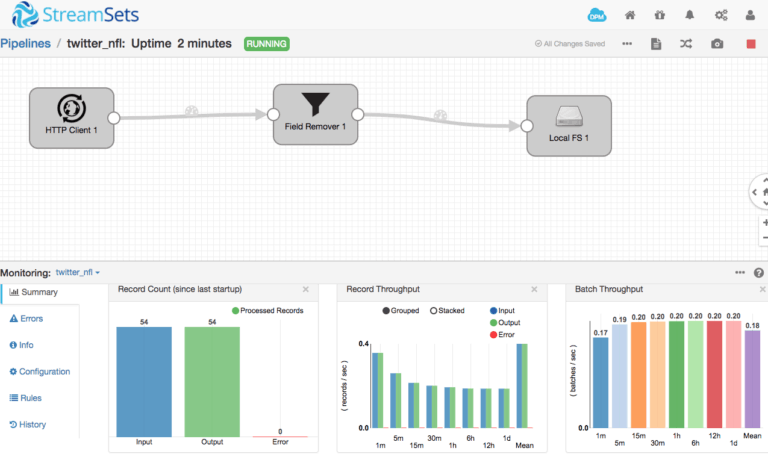 The final data structure would need to combine the two RDDs, so I could count across specific hours and Tweets containing the team name. I decided on the tuple data structure. Then, I just filtered the tuple by hours of a game and team name. For example, for the Vikings/Rams game (which started at noon), would be an hour representing noon, 1pm, 2pm and Tweet text containing “vikings” or “rams”.

I had to repeat this process for each team in the noon games, where there were seven games. At this point, I decided to create a JAR and submit the job via Spark-Submit. The input the shell-script to run the JAR on the cluster was to enter Input Data Location, Output Data Location, and team name. By doing this, it sped up the process of gathering the count of Tweets for each team as I just had to update the team name in the shell-script and running it right from the Cluster..

I was making the assumption that the noon game would run from noon – 3pm.

I used text editors for writing my code. On my Windows, it was Notepad++.

For creating the JAR file for Spark-Submit, I used the Cloudera VM, and ran Eclipse IDE.

For moving JARs along with connecting to the cluster & Cloudera VM, I used Putty and WinSCP.

For visualizing the results I used Excel. If I were using more variables in the dataset and looking for more of a dynamic visualization, I most likely would have used Tableau.

Of the 7 games played at noon, 4 of the 7 who were winners had more Tweets. I don’t think that is it significant to say the Tweet activity predicted the outcome, but interesting nonetheless.

I have used a Hadoop cluster many times over the past 3 years. From a Data Science perspective, it’s really not the greatest tool due to effort needed to move data and the lack of built-in statistical/visualization tools. Going forward, if I were to consult similar tools, I would look into something like Cloudera’s Data Science Workbench. However, I’m a firm believer in the knowledge to perform all functions through the command line, so this project further enhanced my skillset.

Do you have a fun use case you’ve implemented with StreamSets? Let us know in the comments!