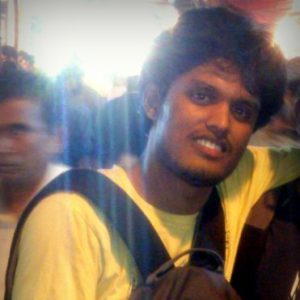 Sandish Kumar, a Solutions Engineer at phData, builds and manages solutions for phData customers. In this article, reposted from the phData blog, he explains how to generate simulated NetFlow data, read it into StreamSets Data Collector via the UDP origin, then buffer it in Apache Kafka before sending it to Apache Kudu. A true big data enthusiast, Sandish spends his spare time working to understand Kudu internals.

NetFlow is a data format that reflects the IP statistics of all network interfaces interacting with a network router or switch. NetFlow records can be generated and collected in near real-time for the purposes of cybersecurity, network quality of service, and capacity planning. For network and cybersecurity analysts interested in these data, being able to have fast, up-to-the second insights can mean faster threat detection and higher quality network service.

Ingesting data and making it immediately available for query in Hadoop has traditionally been difficult, requiring a complex architecture commonly known as the Lambda architecture. Lambda requires the coordination of two storage layers: the “speed layer” and the “batch layer”. The complexity of Lambda has put many real-time analytical use-cases out of reach for Hadoop.  However, with Apache Kudu we can implement a new, simpler architecture that provides real-time inserts, fast analytics, and fast random access, all from a single storage layer. In this article, we are going to discuss how we can use Kudu, Apache Impala (incubating), Apache Kafka, StreamSets Data Collector (SDC), and D3.js to visualize raw network traffic ingested in the NetFlow V5 format.

The data will flow through the following stages:

The goal of this section is to simulate network traffic and send that data to Kafka.

Step 2: Create a Pipeline from UDP Origin to Kafka Producer

Finally, click in the background of the grid, then, in the bottom pane, Configuration, Error Records and set Error Records to Discard. 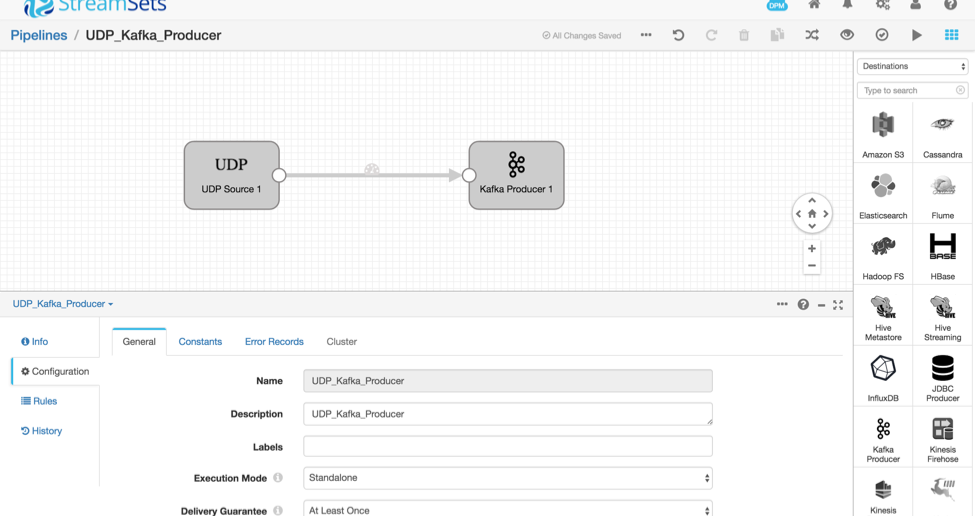 StreamSets Data Collector is now receiving the UDP data, parsing the NetFlow format, and sending it to Kafka in its own internal record format. Kafka can buffer the records while we build another pipeline to write them to Kudu.

The goal of this section is to read the data from Kafka and ingest into Kudu, performing some lightweight transformations along the way.

Start the impala-shell on your terminal, and paste the sql query given below to create an empty table called “netflow“

The table also has been range partitioned by time so that for queries scanning only a specific time slice can exclude tablets not containing relevant data. This should increase cluster parallelism for large scans (across days) while limiting overhead for small scans (single day). Range partitioning also ensures partition growth is not unbounded and queries don’t slow down as the volume of data stored in the table grows, because we would be querying only certain portion of data and data is distributed across nodes by hash and range partitions.

The above table creation schema creates 16 tablets; first it creates 4 buckets hash partitioned by ID field and then 4 range partitioned tablets for each hash bucket. When writing data to Kudu, a given insert will first be hash partitioned by the id field and then range partitioned by the packet_timestamp field. The result is that writes will spread out to four tablets (servers). Meanwhile read operations, if bounded to a single day, will query only the tablets containing data for that day. This is important: without much effort, we are able to scale out writes and also bound the amount of data read on time series reads.

Now we’ll use a JavaScript Evaluator to convert the timestamp field from a long integer to DateTime ISO String format which will be compatible with Kudu range partition queries. (Note this should be possible via a field converter in the future.) We’ll talk more about range partitions later below. For now, let’s draw a JavaScript Evaluator between Kafka Consumer and Apache Kudu. 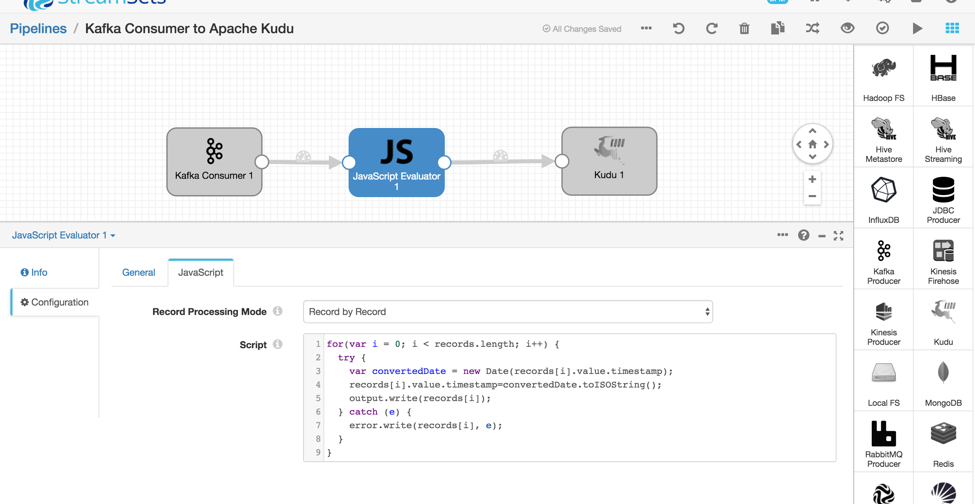 If everything you’ve done so far is correct is set, clicking on “Validate” will return a success message

On starting the server, navigate to http://localhost:1990/timetravel.html on your favorite browser, and admire the beauty of these real-time NetFlow IP communication visualizations.