By Pat Patterson Posted in Engineering May 11, 2017

The Script Evaluators in StreamSets Data Collector (SDC) allow you to manipulate data in pretty much any way you please. I’ve already written about how you can call external Java code from your scripts – compiled Java code has great performance, but sometimes the code you need isn’t available in a JAR. Today I’ll show you how to call an external JavaScript library from the JavaScript Evaluator.

JavaScript in the JVM

Let’s imagine your pipeline reads HTML, and you want to minify the HTML to remove whitespace, comments, etc, reducing its size while preserving its functionality. There are a variety of JavaScript libraries that can do the job – I used Juriy Zaytsev‘s HTMLMinifier.

After downloading htmlminifier.js, I put it in a local directory, and created a simple test pipeline: 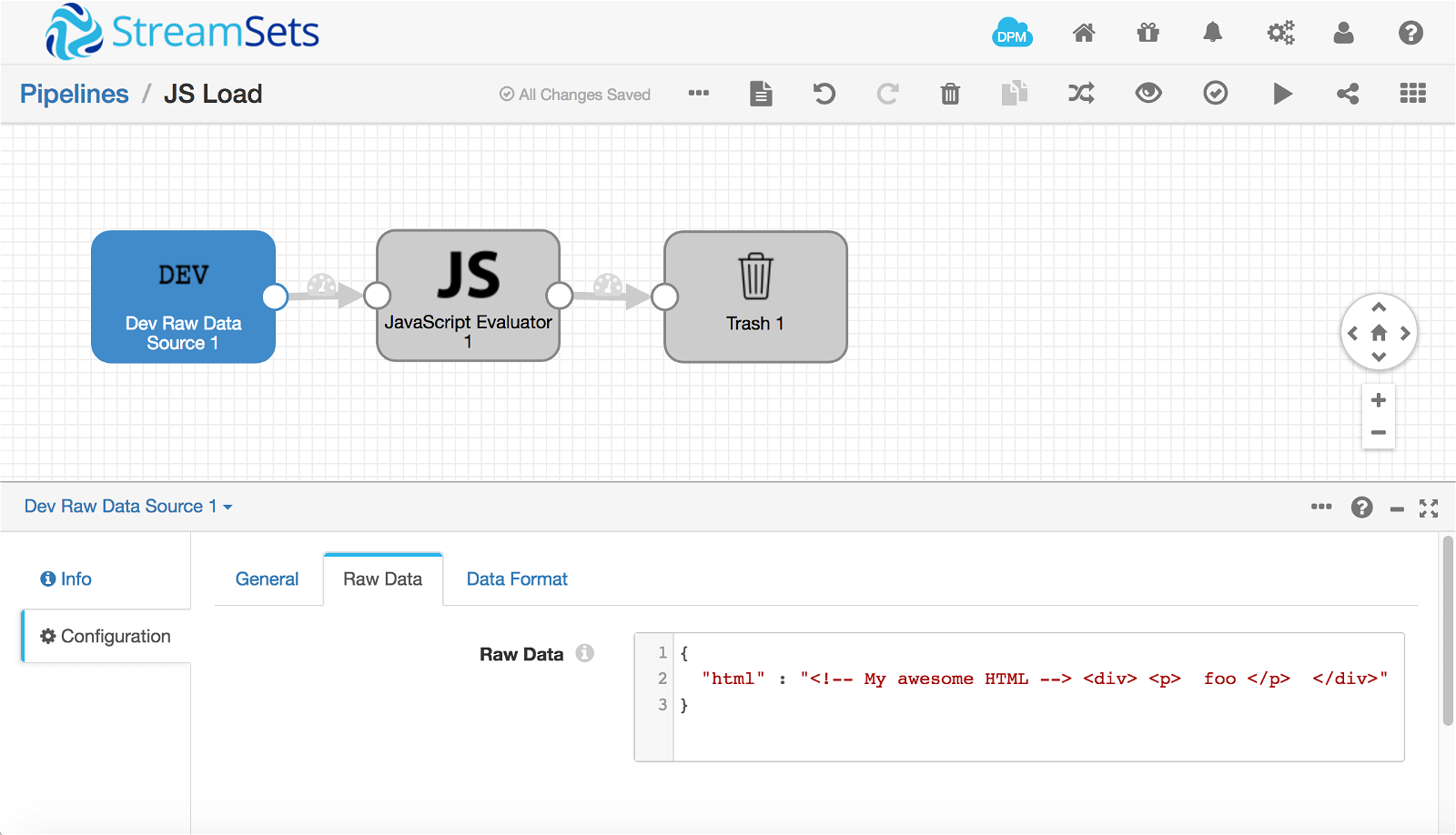 As you can see in the screenshot, I used the Dev Raw Data Source, configured with JSON raw data:

Since SDC 2.5.0.0 the Script Evaluators allow you to define an Init Script that runs just once, before processing any records. It’s here that we load the HTMLMinifier library, and save a reference to its minify() function in the state object:

Now, in the main script, we can simply replace the HTML with its minified version:

There’s one more thing we need to do before we can run the pipeline. By default, scripts are prevented from reading the local disk. We need to add a security policy to be able to load a script file. I added the following to $SDC_CONF/sdc-security.policy :

Unfortunately, since we load the script in memory, it is not possible to specify a narrower permission, so be aware that any code in SDC can read from the configured script directory.

If you build and configure the sample pipeline, you’ll probably need to increase the preview timeout, since reading, parsing and loading 1.1MB of JavaScript can take a few seconds. 15000 milliseconds worked well on my MacBook Pro.

Here’s the pipeline in preview: 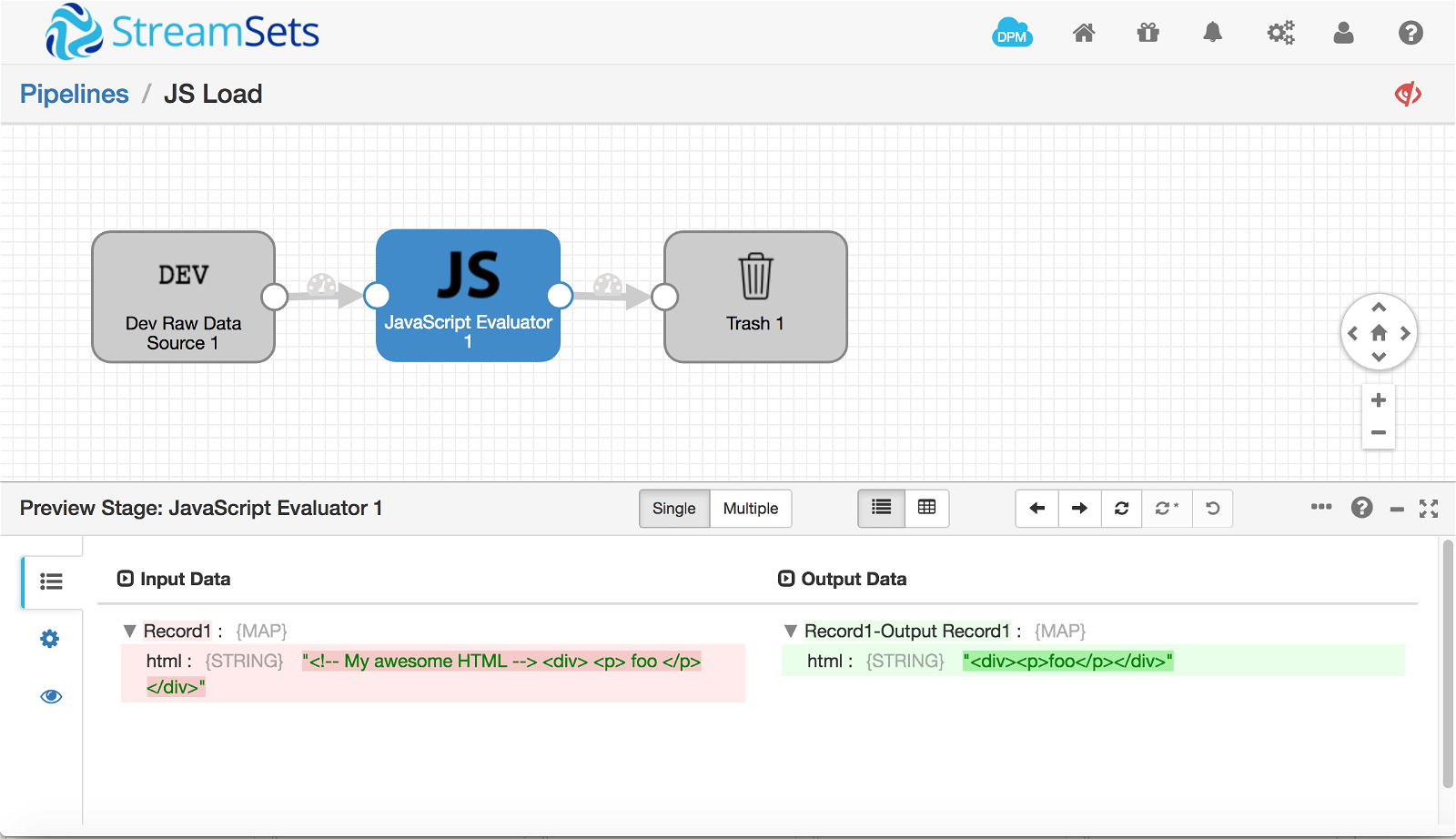 Success! Running the pipeline, again on my MacBook Pro, for a few minutes showed that the few seconds spent loading the JavaScript library was a one-time cost – after a couple of minutes it was processing over 500 records/second. Note – this is not a real benchmark – the test pipeline is processing a single record per batch, on a well-loaded laptop – pretty much a worst case scenario in terms of performance!

Using Nashorn’s load() function and configuring a permission to load scripts from local disk, we were able to run JavaScript code from an external library. What use cases do you solve using Script Evaluators in StreamSets Data Collector? Let us know in the comments!