What You Need to Know About Kafka Stream Processing in Python

Instant notifications, product recommendations and updates, and fraud detection are practical use-cases of stream processing. With stream processing, data streaming and analytics occur in real-time, which helps drive fast decision-making. However, building an effective streaming architecture to handle data needs can be challenging because of the multiple data sources, destinations, and formats involved with event streaming.

The Basics of Apache Kafka

Apache Kafka is an open-source distributed (pub/sub) messaging and event streaming platform that helps two systems communicate effectively, making data exchange more accessible. Kafka deploys to Virtual Machines (VMs), hardware, or on the cloud and consists of clients and servers communicating via a TCP protocol. With Apache Kafka, consumers subscribe to a topic, and producers post to these topics for consumers’ consumption. Kafka employs a decoupling method whereby the producers operate and exist independently of the consumer, i.e., producers only need to worry about publishing topics, not how those topics get to the consumers.

Currently, over 39,000 companies use Kafka for their event streaming needs, a 7.24% increase in adoption from 2021. These companies include eBay, Netflix, Target, amongst others. Apache Kafka is fast, can process millions of messages daily, and is highly scalable with high throughput and low latency.

However, because Kafka was built on Java and Scala, Python engineers found it challenging to process data and send it to Kafka Streams. This challenge led to the development of the kafka-python client, which enables engineers to process Python in Kafka. This article introduces Kafka, its benefits, setting up a Kafka cluster, and stream processing with kafka-python.

Some essential concepts you’ll need to know for streaming Python with Kafka include:

Setting Up a Kafka Instance

Note: You must have java8+ installed to use Kafka.

2. Navigate to the Kafka folder.

This is the result: 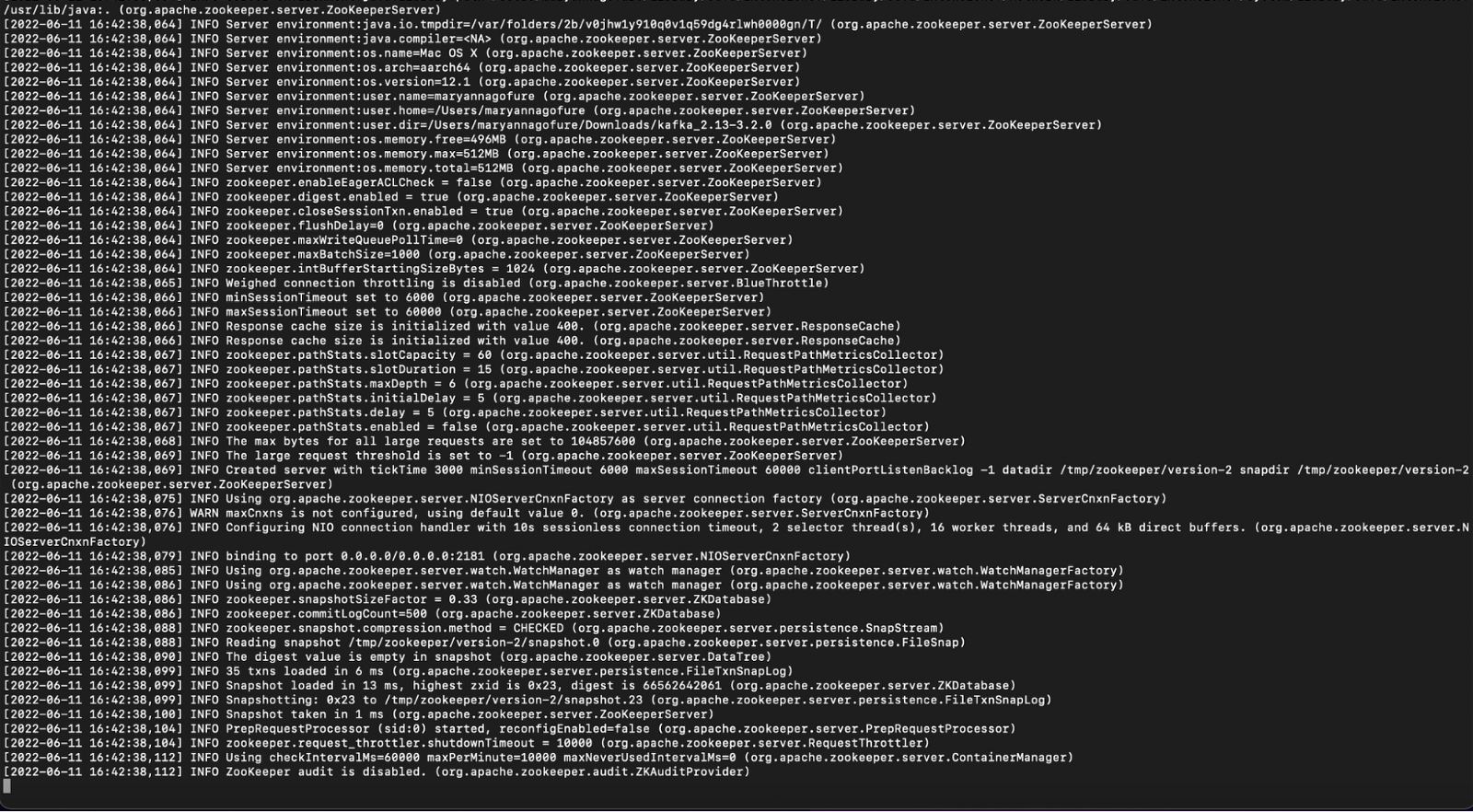 4. Open another terminal session and start the broker service.

This starts up a single broker server. Our broker uses localhost:9092 for connections. 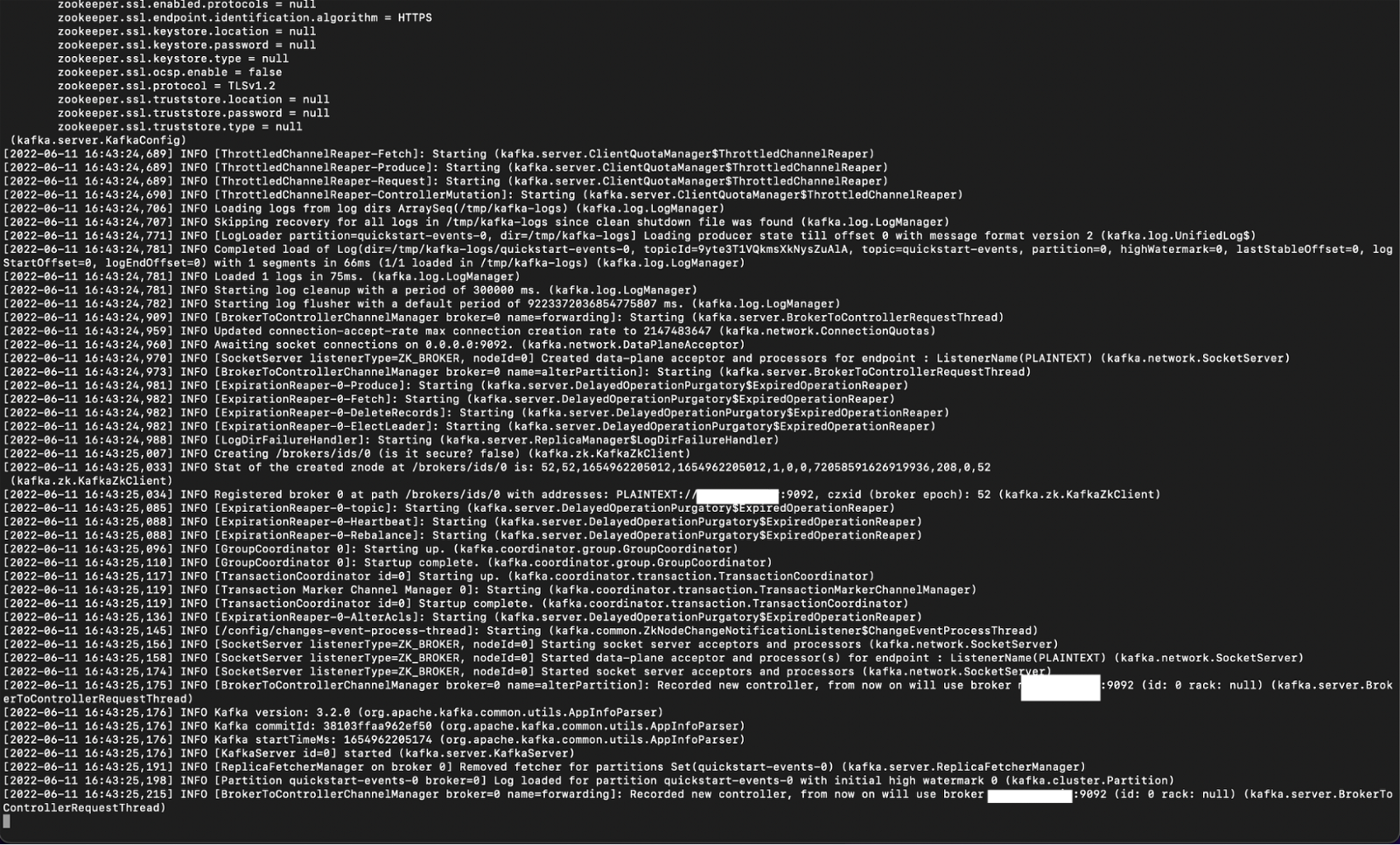 To publish messages to consumers, we need to create a topic to store our messages.

A message confirms the topic has been successfully created

For most data scientists and engineers, Python is a go-to language for data processing and machine learning because it is:

As mentioned earlier, since Kafka was built on Java and Scala, it can pose a challenge for data scientists who want to process data and stream it to brokers with Python. Kafka-python was built to solve this problem, with Kafka-Python acting like the java client, but with additional pythonic interfaces, like consumer iterators.

Let’s set up Kafka for streaming in python.

This shows a successful installation.

Next, we write and process a CSV file and write it to a consumer.

Writing to a Producer

KafkaProducer functions similarly to the java client, and sends messages to clusters.

For our sample, we’ll use python to convert each line of a csv file(data.csv) to json and sends to a topic(sample-topic)

This is our result

Writing to a Kafka Consumer

Next, we check Kafka Consumer to see if the topic was successfully posted.

Here’s the output from our python file displaying our file now in json format. 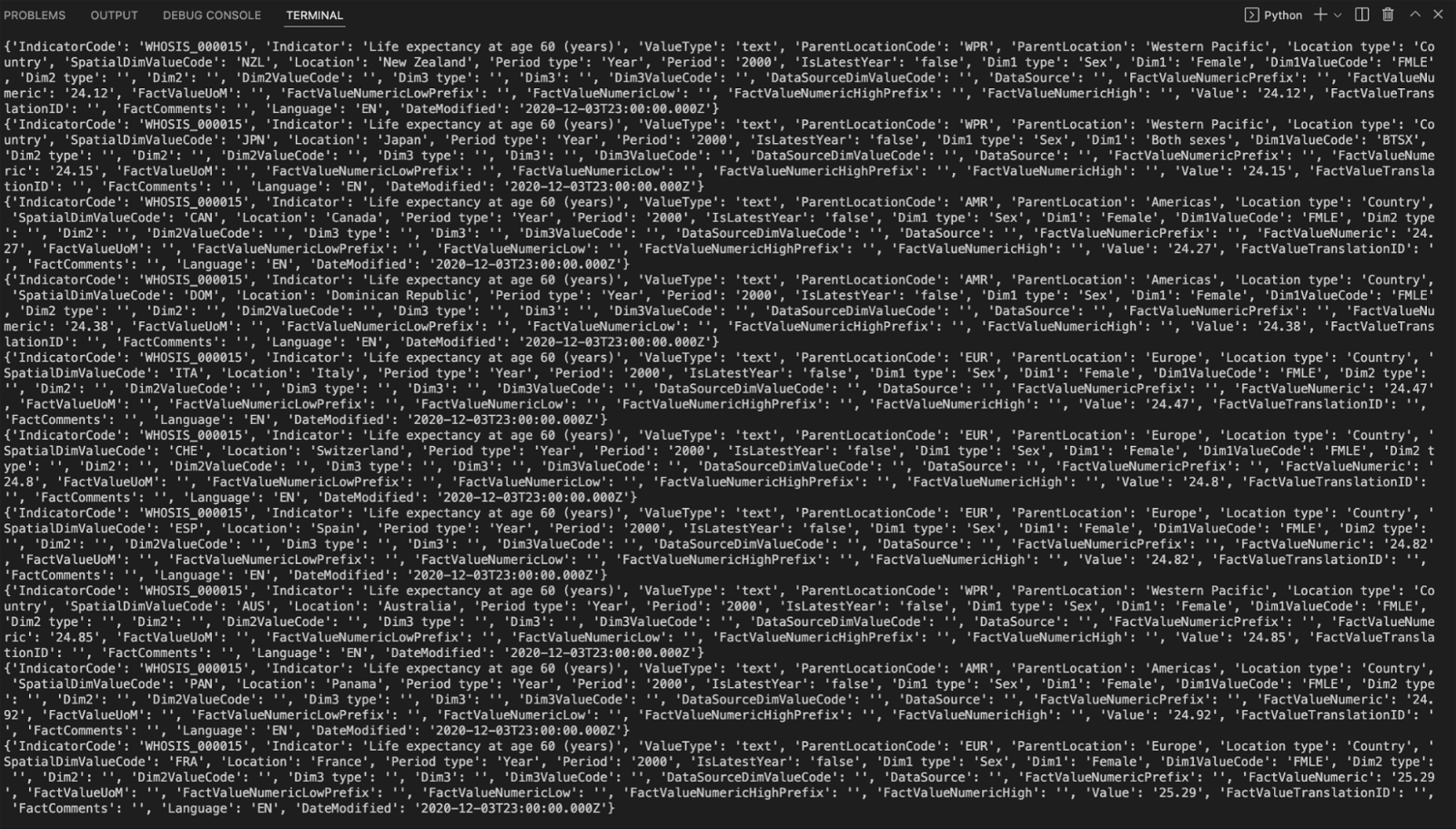 The services provided by Kafka enable organizations to act instantly on event streams, build data pipelines, and seamlessly distribute messages, all of which drive vital business decision-making. Kafka is scalable, fault-tolerant, and can stream millions of messages daily. It employs multiple connectors, allowing for various event sources to connect to it.

Where StreamSets, Kafka, and Python Come Together

StreamSets allows organizations to make the most out of Kafka services. Using StreamSets, organizations can build effective data pipelines that process messages from producers to send to multiple consumers without writing code. For instance, with the use of Kafka Origin, engineers can process and send large messages to multiple destinations like AWS S3, ElastiSearch, Google storage, and TimescaleDB.

StreamSets also eases the burden of building stream processing pipelines from scratch by providing an interactive interface that allows engineers to connect to Kafka, stream to destinations and build effective and reusable data pipelines. This feature empowers your engineers and developers to do more with your data.